Bangalore or Mangalore: The Difference Between the Cities 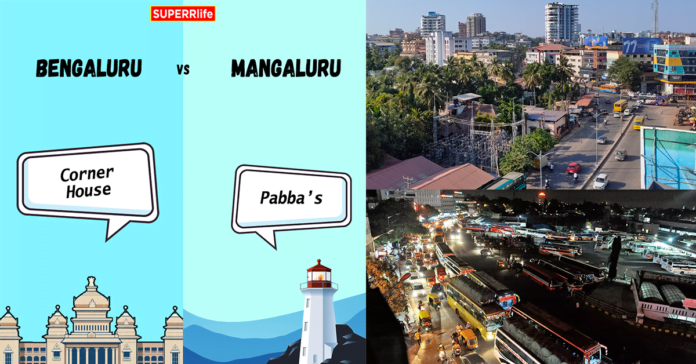 The people of Bangalore are very welcoming to new visitors. The city is India’s tech capital and the startup hub, so there are plenty of opportunities that fit your interests. And if you’re looking for something more relaxing than 9-to-5 office work? Bangalore has plenty of beautiful parks, gardens, and fantastic nightlife that you can explore! Mangalore is a coastal city between the Arabian Sea and the Western Ghats. The city is home to some fantastic beaches and wildlife preserves.

Bangalore and Mangalore are two cities in the state of Karnataka, India. They are both located on the Deccan Plateau and share a long history. The cities have many differences that make each city unique. For example, while Bengaluru is known as “The Garden City,” Mangaluru is “The Ice-cream Capital of India.” Both cities have a rich culture that many different people have influenced throughout time.

Must Read: Minimal Posters That Perfectly Define The Cities of Karnataka – Part 1

Must Read: Minimal Posters That Perfectly Define The Cities of Karnataka – Part 2

Bengaluru or Mangaluru, it doesn’t matter. People love their city. And that’s what we’re all about: celebrating the love people have for their cities, and building a community of like-minded people who want to share their own memories and stories of the city with us.

Want to share? write us your story about your city at [email protected]