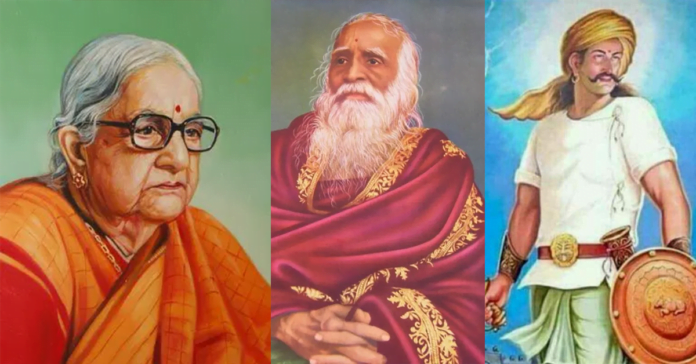 As a young lawyer he engaged in social activity in 1911 in the advancement of women. He formed the Mahila Sabha and, with his wife Shantabai, was able to motivate women to come out of their homes.

He was also one of the first volunteers from Karnataka to join Gandhi’s Satyagraha movement. His role in the Congress Party’s growth in Karnataka made him one of its most influential members. He was the driving force behind the Non-Cooperation Movement in South Kanara District. For the 1937 Provincial elections, Sadashiva Rao was also a candidate under consideration.

The way that Karnataka appears on the Indian map now is because of this man, thanks to Aluru Venkata Rao. He was in charge of the Karnataka Ekikarana (unification) movement and an awardee of the title of Kannada Kula Purohita (High Priest). At the Karnataka Sahitya Parishat, he was the first to introduce a resolution calling for the fusion of people from all regions. He also had a leading role in uniting people.

A notable leader in India’s quest for independence, Kamala Devi was a champion of the Indian Renaissance. To collect volunteers for Satyagrahas nationwide, she became a prominent organizer for Gandhi’s Congress’ women’s and youth section.

Umabai was one of Karnataka’s courageous women freedom fighters who voluntarily offered her life as a sacrifice for the Swadeshi movement and Satyagraha. Many underground workers from the Quit India campaign showed up at her Hubli home during that time, asking for food and financial support. Umabai risked her life helping everyone on her own while hiding behind the curtain.

5. Onake Obavva – One of the Fearless Freedom Fighters of Karnataka

A Karnataka Hindu fighter who, using an onake (pestle), battled Hyder Ali’s troops in the Karnataka kingdom of Chitradurga. Her spouse worked as a watchtower guard in the Chitradurga fort. She was a member of the Holayas (Chalavadi). One of Karnataka’s freedom fighters, she represents Kannada female pride.

A supporter of Gandhi, who took part in the fight for Indian freedom. He served as the first chairman of India’s Central Vigilance Commission in addition to being Chief Justice of the High Court of Mysore State (now Karnataka). [2] He was the first to translate Mahatma Gandhi’s autobiography into Kannada and was appointed as the state of Mysore’s acting governor.

O’key, who was born Vasudev, possessed the uncommon trinity of humanism, creative excellence, and humility. He collaborated with Sane Guruji and contributed significantly to the documentation of the tribal Indians through his artwork and graphics. Before dying in a senior citizens’ home in Panvel, he fought secretly during gloomy emergencies.

The queen of the former princely state of Kittur in modern-day Karnataka. In violation of the Paramountcy, she organized an armed uprising against the British East India Company in 1824 to keep hold of her realm. In the first insurrection, she overthrew the Company, but in the second rebellion, she perished as a prisoner of war. She is still a folk hero in Karnataka and a key figure in the Indian independence movement since she was one of the first and few women freedom fighters of Karnataka to command rebel forces against British colonial control.

Indian rebel, military commander (Shetsanadi), and fighter in the Kittur princely kingdom, in the modern Indian state of Karnataka, in the nineteenth century. Sangolli Rayanna took part in the 1824 revolt and was captured by the British; they eventually released him. He persisted in his battle against the British and sought to appoint Shivalingappa, the adopted son of King Mallasarja and Rani Chennamma, as the king of Kittur. He organized the locals and launched a guerilla battle against the British.

A renowned journalist noted for his political work, Mr. Gokhale. His provocative articles had a significant impact on motivating readers to join the liberation cause. He oversaw the chamar schools, worked as a bhangi (janitor) in the Harijan quarters, and traveled across the Belgaum District as the Harijan Sangha’s Secretary.