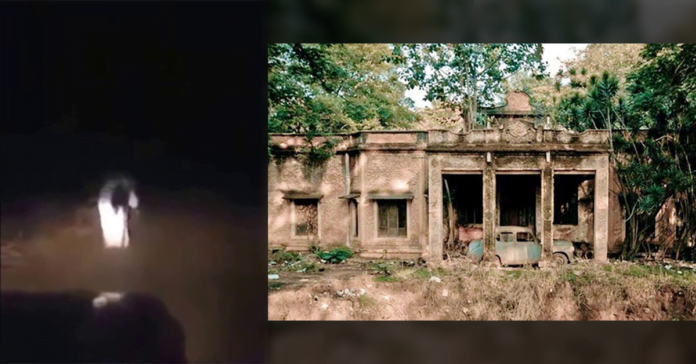 We all know that Bangalore is a city full of stories and legends. On the other hand, Bangalore has a few haunted places too. The haunted stories are great to share among your friends who want to get together and experience something creepy.

But it’s not just the physical world that is haunted. There are also places here where spirits and otherworldly beings seem to dwell. If you’re looking for a way to get your blood pumping or want to experience or hear some Heegu unte moments, check out stories of these haunted places in Bangalore!

1. Kalpalli cemetery – One of the oldest Haunted Places in Bangalore

Undoubtedly, the oldest and most haunted place in Namma Bangalore, which tops the list, is in Kathalipalya, Sarvagnanagar, near old madras road. This is because people see a man lurking around the cemetery, have been reported by several people after the sun goes down. Besides this, several wired activities around the graveyard and few people have felt the heaviness in the air around specific graves are other reasons for it to be haunted.

2. Rumors of a Ghost at Bangalore International Airport

One of the most talked-about haunted places in Bangalore during the initial days of its opening.

The Kempegowda International airport is said to have the spirit of a woman in a white saree. Many, including taxi drivers and passengers, have claimed that they have seen this woman in white and that when approached, she disappears. Here are a few incidents,

Several staff members believe that the spirit of a woman who died several years ago at the hospital still haunts this place. They say that people can hear her crying at night. In addition, few people have experienced food being strangely stolen time and again. Also, people have seen unusual activities on the trees within the hospital compound.

Many people have had paranormal experiences while driving on this road. According to one story, an auto driver saw an old lady asking for a ride. When he stopped, the woman asked him to step outside so that she could show him something interesting. When refused, her laugh was strange and scary.

Although the story sounds like a joke, the presence of graveyards on both sides of the road makes people wonder if spirits visit the route.

5. Terra Vera Bangalore – One of the Famous Haunted Places in Bangalore

EJ Vaj built this haunted mansion in 1943. In 2002, Vaj’s daughter was stabbed to death by an unidentified killer. Some people say that if you go inside the mansion at night to record the presence of spooky creatures, you will lose all your footage when you exit it. It is now demolished, but people feel the paranormal activities.

Recommended Read – Waterfalls near Bangalore within 100 km Perfect for a Weekend Getaway!

Do you remember the 2010 fire incident at this high-rise complex?

Nine people died in the fire, and out of panic, three of them jumped out of the building. There are stories of spirits of people who died in the fire wandering the corridors, a feeling of uneasiness, and a spooky atmosphere.

People have experienced this famous and, at the same time, haunted at different places in Bangalore.

Unknown ghost is said to wander around outside of houses at night, stopping near each one to knock on the door or call for people to come out. To greet her, people write “Naale baa” on the ground.

There have been several reports of a pretty woman stopping cars for a lift and then disappearing from within the vehicle.

A young woman who worked in the call center is rumored to have died in a drunk driving accident. She was left there, wailing, by the driver who had struck her, and she passed away immediately. It is on the list because office workers have reported hearing a woman screaming on the same date every year.

At last, one thing that pops into our mind is Heegu Unte.