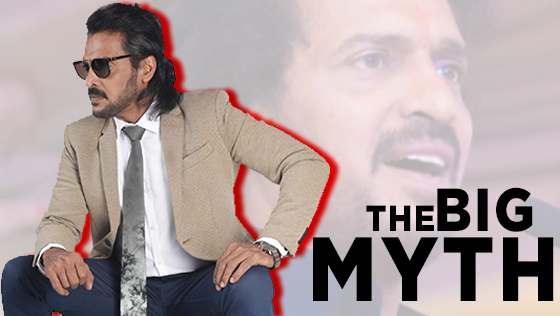 One of the extraordinary directors that the Kannada Film Industry has come across, The Real Star Upendra.

After making his mark as director-actor in the South Indian Film Industry, also being an inspiration for many young aspirant movie makers. His entry to politics with his own party known as “Uttama Prajakeya Party(UPP)” in 2018 raised everyone’s eyebrows for sure for his futuristic vision. The ideology of Prajakeeya which represents workers.

His vision is beyond every common man and also takes time for people to adapt to his way of so-called prajaakeeya, not rajakeeya. The sooner people start getting into his thought process, the better it gets.

According to Upendra, “Changing politics itself is need of the hour”. Moreover, the party’s motto is to change business politics to professional politics.

His stand on various current issues that we are facing in the state and the country are thought-provoking as he addresses the root cause of it with a completely new dimension.

For instance, the infrastructure, education system, and whatnot.

Here is one such thought which is put up by Upendra on his social media handle. Check it out

In her speech, Financial Minister has pointed out that, we are largely a tax ‘non-compliant’ society. In addition to this, only 3.7 are filing ITRs in this poor country of 125 crore population.

So here’s what the CA’s, CSs, and CMA’s has to say for the above statement

We have 82 crore voters out of which,

The rest 20.5 crores of people. In this 24 percent belong to BPL(below poverty line). As a result, the rest 15 crore population belong to non-agriculturist and non-BPL category.

The rest we can consider them as senior citizens, Non-working wives, unemployed youths, below-taxable income earners, and political class (say 75%). Here’s a point to be noted in a typical Indian family only one earning member and 5/6 are dependent on him.

This leaves us with only 3.75 crores is the earning class population, which can file ITRs and also they are already filing it. So without any doubt, Financial Minister is stressing unnecessarily without knowing her country.

If at all Financial Minister wants more people to come into tax umbrella, then instead of foolishly resorting to rampant raids, surveys, notices, scrutiny, demonetizations. Also, which might come under ‘tax terrorism’. So, the only thing she should defy her negative bureaucrats.

Here are Few Solutions that Upendra Belives In

1. Introduce simple Income Tax on Agricultural Income on large landlords (Say 10 Acres plus) – you can add 26% of Agriculturists as taxpayers(Politicians are also enjoying this exemption).

2. Instead of introducing 5000 /10000 Rs penalties on late filers of IT return,
come out with positive approach and introduce incentives to IT return filers (learn from small poor countries, where Income Tax assessee gets discount in the purchase of Car)

4. Medical insurance or life insurance on the basis of average ITR filled should be introduced, like coverage up to twice of Gross Income in ITR filed for medical and ten times risk cover in case of life insurance.

5. Introduce Pension after 65 yrs of age on the basis of tax paid by the taxpayer during his working life.

6. Also make it mandatory for all MLAs, MPs and other exempt people to pay income tax as per same existing rules.

As of today, only 3.3% of the Indian population is filing ITRs as compared to 8% of China. Further, including large agriculturists to Income Tax may shoot the figure to more than 10%. This may help FM to cool the tax terrorism mindset and successfully make a tax compliant nation.

Share this article as much as you can, so that it helps in educating the country’s honest taxpayers.

In the meantime, check out this article 5 Cult Songs of Upendra That We Never Forget Even in 2019.

12 Tweets About Bengaluru Rains is so Heart-Warming!