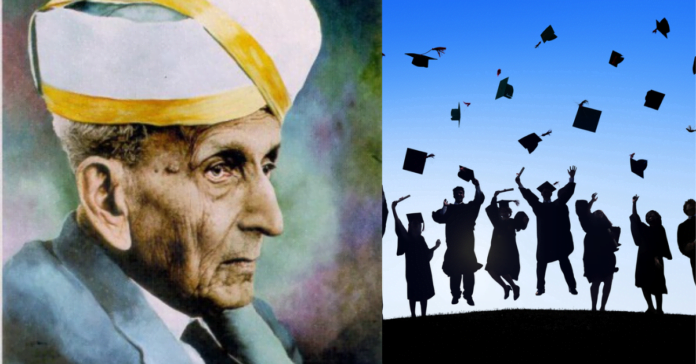 To begin with, Happy Engineers Day to every engineer out there. Engineers are always special in contributing to the nation, so here are few interesting facts about engineering.

There’s a famous quote for engineers that we all have might come across, if you are an Engineer yourself or you might have friends, cousins who would have shared it once they graduate.

Well, here it is

Just imagine this, if there is anything that is widely followed by people after religion, it’s Engineering. Also, India is called the land of Engineers.

Let us take a wild guess, we know you are an Engineer if you are reading this.

On this Engineers Day, India celebrates it as a tribute to one of the prominent engineer that we all have heard of. The most influential engineers from India. It’s none other than Sir Mokshagundam Visvesvaraya.

That’s right, simple living and high thinking was his ideology. On this day here are some of the facts that everyone should know.

Sir Mokshagundam Visvesvaraya was the first engineer in India. The government of Bombay recruited Sir M Visvesvaraya as Assitant Engineer in the department of public works.

2. The First Female Engineer in India

How many of you guys know this??

This branch in Engineering is called as Father, Mother, and King of all braches. To point out, students from this branch often say ‘We Are Royal Mech’.

4. The Founder of Engineering

The first civil Engineer of the world is Imhotep. He most likely planned and regulated the development of the Pyramid of Djoser (a Step Pyramid) at Saqqara in Egypt around 2630-2611 BC.

5. The First Female Engineer in the World

Elisa Leonida Zamfirescu is the first female Engineer in the world to receive a degree in Engineering.

This state celebrates the Engineer’s Day on the 11th of July as a tribute to Ali Nawaz Jung Bahadur and not on September 15th.

In this case, Petroleum Engineering is the highest paid job in India and around the globe. In addition to this, Petroleum and Chemical Engineering are also in high demand.

In India Engineering was started in the year 1921 as Government Technological Institute.

This branch is the most popular and favorite in Engineering among females.

Computer Science and Information Technology are easiest branches in engineering.

13. Some of the Notable Works of Sir M Visvesvaraya

These were some of the interesting facts that everyone should know.