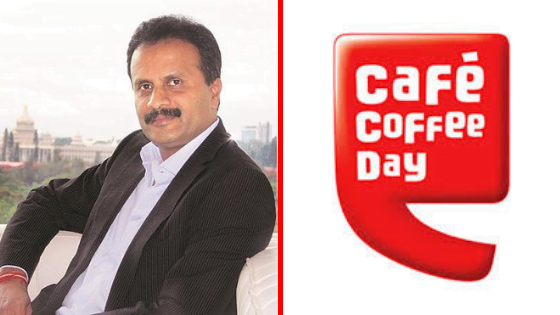 Firstly, by the time we all got on to our routine work, the only news that we heard is VG Siddhartha the founder of Cafe Coffee Day was missing. This incident took place near the Netravathi river in Mangaluru.

In the meantime, the last letter by VG Siddhartha, founder of Cafe Coffee Day addressing the Board of Directors and Coffee Day Family was out.

To begin with, VG Siddhartha the owner of the largest cafe chain in India. The person was responsible for the coffee revolution across the nation which loved sipping tea every time. Furthermore, this entrepreneurial journey wasn’t always his dream.

Hailing from a family that has a history of growing coffee for 135 years. In this case, his interests were completely different and also was unenthusiastic about getting into the family business. After completing his master degree in Economics from Mangalore University, he wanted to work as an Investment Banker.

Furthermore, this led to starting his own investment and venture capital firm named Sivan Securities in Bangalore. As he was destined to become the Indian Coffee King, the profits from his company were invested in buying coffee plantations in and around Chikmagalur district.

By this time, his interest in taking up the family business had grown. As a result, he was successful in growing and selling coffee through the Coffee Board.

The cafe culture was on the verge of raising, this lead to opening up the Cafe Coffee Day. Bangalore got its first outlet. Today CCD has become India’s largest Coffee Retail Chain.

He is also responsible for creating employment opportunities for more than 30,000 people.

A lot can happen over coffee, and we know it. We’ve been doing it since ’96. Their Instagram bio defines it all.

The tagline that caught everyone’s attention every time we pass through the outlets. “A lot can happen over coffee” this innovative and fresh tagline was successful in attracting the youths of the nation. Also, within no time CCD became a hot favorite hangout spot for youngsters across the nation.

Here are some interesting facts about Cafe Coffee Day

The first outlet was opened in the year 1996. It was located in Bangalore’s posh locality – The Brigade Road.

The largest cafe chain in India competing with Starbucks and Barista in Asia’s third-largest economy.

On the whole, CCD has around 1772 outlets in roughly about 209 cities across India. Eventually, the outlets were open in Austria, the Czech Republic, and Malaysia as well.

The CCD serves around 1.8 million cups of coffee per annum in about six countries.

The man showed the world that a lot can happen over a cup of coffee.

Here is a success tip from the man himself

Have the will power to persist and simply refuse to give up.

To sum it up, here are exact lines said by VG Siddhartha for entrepreneurs.

As an entrepreneur, if you start chasing money, you won’t make money. After earning 5 to 10 crores, money is of no use. In the long run, passion is the only thing that drives you forward.