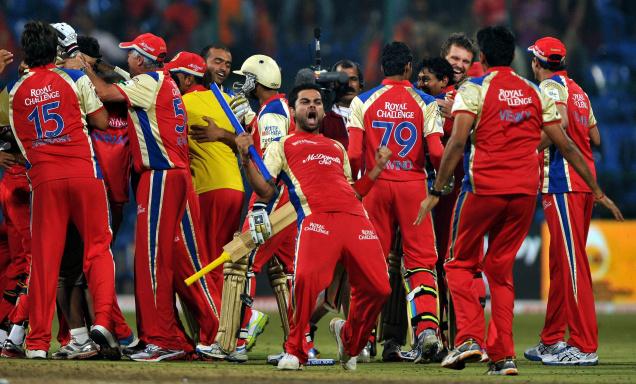 The 12th season of Indian Premier League(IPL) is all set to take off with the ultimate battle between the RCB and Chennai Super Kings on March 23rd, 2019.

In this case, the clash between Ms. Dhoni and Virat Kohli is a perfect start for many fans.

Besides being the unlucky franchise in IPL, RCB is the most competitive and entertaining team.

The second best team on three occasions in 11 editions of IPL. RCB are the frontrunners when it comes to the records in IPL.

We all are aware of some team and individual records being held in biggest carnival of Indian cricket.

RCB may not have won the title, but they have some impressive records on their side.

Ahead of the IPL season 2019, let’s have a look of some impressive records that RCB holds.

However, the records are about Partnerships, The Team, King Kohli, Player’s Heroics.

Furthermore, one must also know the records mentioned below.

In 2009, Anil Kumble being the former RCB skipper won the Man of the Match award on a season finale, despite his team being on the losing side.

No player scored a double-digit in their score 49 against KKR in 2017 at Eden Gardens.

In conclusion, Virat Kohli has to prove himself as a Captain for his team and loyal fans. Hope this season we lift the IPL trophy.

This saturday, it can not get any bigger or better than this.

The ‘Pailwaan Boxing Poster’ Is Out & Fans Are Celebrating