Here are 10 Interesting Facts About the KGF Director Prashanth Neel 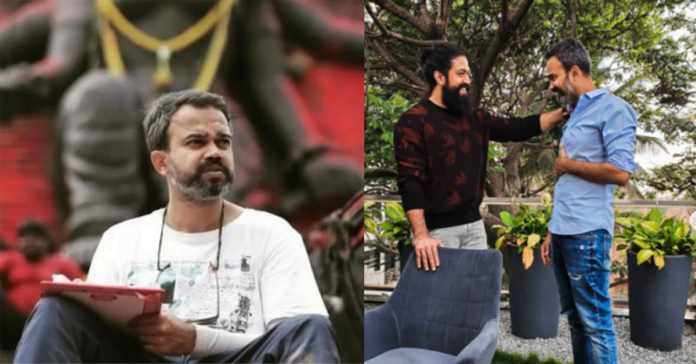 Those following Kannada cinema know Prashanth Neel, the KGF franchise director, is the man behind the new definition of mass. The director who gave KGF 1 and 2 has set a new benchmark for storytelling in the industry. Currently, he is one of the most talked-about directors in India, especially after the success of KGF Chapter 2. He firmly believes that storytelling is what matters and is the most crucial aspect of filmmaking.

Prashanth Neel is a rare talent, the KGF director who took the Kannada film industry to new heights. With his latest release, ‘KGF Chapter 2’, Prashanth Neel has brought Sandalwood on the map of world cinema. The film has been declared a mass blockbuster hit and is still going strong at the box office two weeks after its release.

Prashanth Neel has taken the hearts of many people and has also created a lot of buzz in the Tollywood industry with projects lined up with Prabhas, Jr NTR. Let’s take a look at some interesting facts about the KGF director.

2. Neel’s father, Subhash Reddy, is the brother of Raghuveera Reddy, and he hails from Neelakantapuram. Prashant Neil hails from a Telugu family settled in Bengaluru, Karnataka.

3. Prashant Neel is also a close relative of Neelakantapuram Raghuveera Reddy – A ex-minister and a congress leader from AP.

Must Read: 8 Consecutive Yash Movies that are Blockbusters – Rajahuli to KGF’s Rocky Bhai

5. Prashanth Neel, the director of KGF, is related to the actor Balakrishna Neelakantapuram, who played the role of Inayat Khalil in KGF chapters 1 & 2.

6. What made Prashanth Neel to cast Yash to play Rocky Bhai

Yash’s performance in Googly impressed Prashanth Neel and led him to cast the actor as a lead in his KGF franchise.

Prashanth Neel had written a script called “Aa Hudugi Neene” which he dropped before pitching it to Sri Murali, but he noticed the hero’s mannerisms and made a script to suit him, which is how Ugramm took shape and went on to become a blockbuster.

Prashanth Neel is a leader among his peers. Impressed with a 19 year old movie buff’s editing skills, the director gave the boy a chance to work along with him. Prashanth trained Ujwal Kulkarni for three years, and he was allowed to edit the KGF Chapter 2.

Also, he recognized the skills of a still photographer Bhuvan Gowda during his initial days while directing Ugramm and asked him to be the DOP of the film.

9. Prashanth Neel took almost a year and a half to research the KGF subject, and several people were involved in this process. His direction team alone consists of seven people then – shared in an interview.

10. Proud owner of his family-owned group of hotels in Bengaluru. Moti Mahal and The Highlands Hotel.

Stay tuned for more such articles.