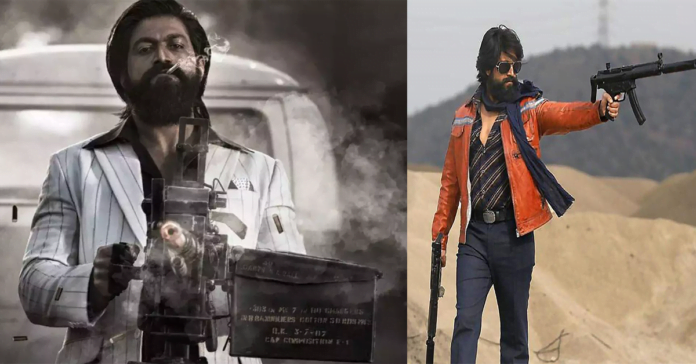 The KGF franchise, with its chapter 2 release, has become the talk of the nation and also the KGF weapons. The film is ruling at the box office and is one of the highest grosser in Indian cinema. KGF Chapter 2 has set the benchmark high for its predecessors, and the audience enjoys witnessing this masterpiece on big screens.

The weapons used in this movie have got the audience’s attention and are a sensation among the movie lovers, especially with ‘Doddamma alla Doddappa’. With such a kind of craze, we all do first is head to google and look for it. The sole credit goes to the KGF director Prashanth Neel. So here we are; let’s look at the weapons used in the KGF franchise!

9 KGF Weapons Used in the Movie

Rocky uses this powerful rifle to take revenge on Adheera and his men. Rocky heads to Dubai to meet Inayat Khalil, the whole episode where Inayat Khalil gets a call saying we have lost the entire west coast, rocky has killed them all. Full-on elevation and goosebumps guaranteed scene.

Rocky Bhai takes a machine gun, named ‘Doddamma’, out for a field test to blow up a police station. The most exciting scene from the movie is also accompanied by a brilliant background score by Ravi Basrur.

This weapon of destruction is used in both the chapters of the franchise. The weapon made it to official posters of the film and became an important element during the KGF chapter 1. Again while fighting with adheera in chapter 2, rocky finds the hammer inside the pile of sand and hits the Adheera’s sword, which splits into two.

While the people are working, Rocky is seen explaining something to his men. One of the workers’ hands slips, and the Adheera’s sword drops down. The reaction by the people seeing this sword captures the fear of Adheera and their dark past.

This weapon is used in chapter 1. We all remember the pub scene and the dialogue – Gang katkond baronu gangster, avnobne bartaane MONSTER! The scene where Anand Ingalagi’s informer narrates an incident, how Rocky Bhai came to attack 20 of his enemies. At the same, also to take delivery of M16 automatic and try it out directly on the field.

This weapon also made it to the official posters of the chapter 1 film.

Rocky uses these SMGs in chapter one to destroy the Vanaram’s men to make his way into Narachi.

In mari jatre, garuda is seen using this sword. But unfortunately, Rocky makes his way one among the three people and waits for his turn. Garuda Keeps a sword on that Rock after beheading 2nd person. When Rocky’s turn come he goes into the water & picks it up as soon as possible, and beheads Garuda.

As seen during the introduction scene of Rocky in chapter 1.

Along with the dialogue, If Bombay has the ocean on one side! On the other side is rocky.

Which is your favorite weapon used in KGF franchise? Do comment and let us know!