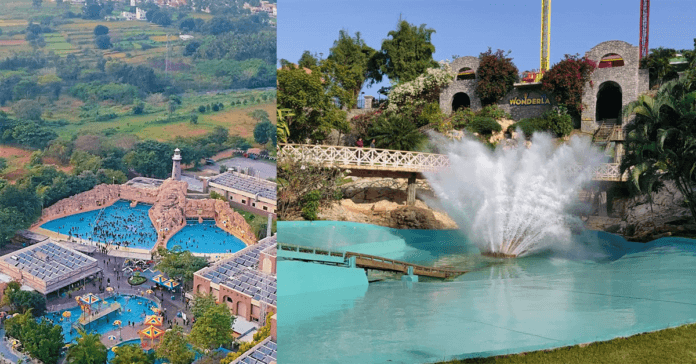 Without experiencing the excitement of the water rides in Wonderla Bangalore, a trip to Wonderla is considered worthless. It is a big family amusement park where you may spend an entire day and yet be in the mood for more. The rides in this amusement park have been meticulously planned and set up to give each visitor a genuine adrenaline surge. Each ride provides a rush that lingers in one’s mind for several days. Once you are in the park, every ride is worth a try.

Enter the pool with a splash. Riders come down from a height of 12 meters on this swift and exhilarating water slide onto a nearly vertical drop, then a slanted loop roller coaster.

3. Lazy River – One of the Best Water Rides in Wonderla Bangalore

Get in a sailboat and float down the meandering lazy river if you only want to unwind in the water.

Boomerang is an exhilarating water ride that will test the rider’s nerves. The float enters a tunnel that is closed before abruptly dropping from a height into a sizable water slide in the shape of a boomerang, causing it to travel back and forth repeatedly.

This water slide descends, levels off in the middle, and then descends again. It lifts you as high as possible using the force of your momentum once you’ve reached the bottom. After reaching the peak, you go back down to finish the slide.

Suitable for all ages, these water rides in Wonderla, Bangalore, are very enjoyable. Water slides are called Fun Racers, allowing you to go down while lying on your tummy on rubber mats. The uphill racers are similar to fun racers. However, these rides have ups and downs rather than level spaces.

A group of four water slides called Twisters transport riders through several loops before dropping them into a small pool of water.

Ready for a family water ride in Wonderla Bangalore?

To splash around in a small pool at the bottom of the Banded Kraits water slide, riders slide down while sitting on rubber rafts that are maneuvered through curves and loops. Some rafts can hold one, two, or four persons. Perfect for the family to splash into the water together.

There are no loops to slow you down on this water slide, which is the only distinction between it and Twisters. As you touch down at the end of a rapidly dropping tunnel, you splash into a glistening pond.

In addition, the wave pool is one of the popular water rides in Wonderla Bangalore.

Get beach vibes here with artificial waves and even a lighthouse. The main difference is that the water isn’t salty, and you don’t have to worry about the tides. The heated pool in the winter lets you enjoy the water all year. The smaller pools include waves that are small enough for kids to handle and shallow water. The larger one is deeper, and the waves are everywhere along the coast.