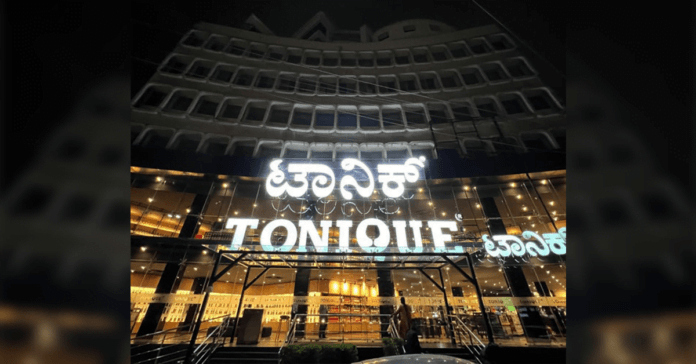 Tonique Bangalore, the largest liquor boutique in Asia, you can see a man feeling like a kid as he browses through over 1,500 alcohol brands.

There is no liquor store in the entire continent like Tonique Bangalore!

You will find racks on racks of booze bottles in every size, shape, and price when you enter the enormous Tonique store on MG Road. This is the second store in the nation for the Hyderabad-based firm, and it spans two floors and 30,000 square feet. You’ll find every kind of liquor you could want here.

You can select more than 1,500 alcohol brands worldwide, including beers, vodka, tequila, Scotch, American & Indian whisky, single malts, gin, rum, and brandy. Wine lovers will find rows of sparkling bottles of Indian and foreign wines, including champagnes from around the world, on the upper floor, which is devoted to wine. The tonique Bangalore store is reputed to have the biggest alcohol selection in the nation!

The Tonique Bangalore – Who Owns It?

Anith Reddy, a Hyderabad resident, founded this liquor store chain. In 2017, a 15,000-square-foot Tonique store opened in Hyderabad. After an amusing incident involving Bollywood celebrity Salman Khan, he was inspired to launch Tonique. Salman Khan was dissatisfied with the city’s lack of alcohol when he visited Hyderabad for his sister’s wedding at the Taj Falaknuma Palace. Government representatives called Anith Reddy at precisely this time, and his liquor store was born.

Liquor Store in the Pub Capital

In Bangalore, Tonique was set up where Jewels de Paragon previously operated. This was a well-known landmark in Bangalore’s area. Tonique Bangalore is now a landmark at the MG Road & M Chinnaswamy Stadium intersection. A gleaming black building with large white letters spelling out “Tonique” stands out on this road.

What makes Tonique Bangalore Ahead?

To make buying alcohol for women a delightful experience, Tonique has placed a female attendant to guide you. Oh, and don’t stress about packing the car. They have a fantastic valet parking service also.

And guess what? It will launch soon in other cities too.