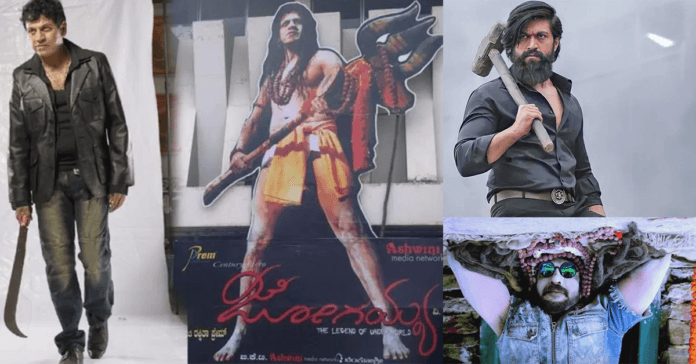 A successful movie can lead to the creation of movies with similar characters or backdrops. Well, here in KFI, franchises are made due to the popularity of the titles expecting major revenues, but there are few expectations too. Many agree to the extent that the KGF series can lead to the creation of multiple sequels, prequels, spin-offs, and adaptations. In this context, here is a list of film franchises of Namma KFI.

A cinematic universe of Prashanth Neel in the making. Chapter 1 of the first part was released on December 21, 2018, and Chapter 2 on April 14, 2022. Originally intended to be a standalone film series, but following the success of the second instalment, it is now being planned as a fictional cinematic world. There is a buzz about KGF 3 being on the cards.

Love Mocktails 1 & 2 are both beautifully crafted mocktails of love. There is a good combination of fun & emotions in this refreshing romantic films. The Kannada audience loved both movies. Love Mocktail 3 can make it to the big screen.

Although not a sequel, the film’s title came as the second instalment to the film Mungaru Male; after the commercial success of the 2006 film, which grossed ₹750 million, it took almost 10 years to make a movie with the same title. The main character reprises the role in the second instalment.

This is not a sequel to the 2008 Kannada film Gaalipata, but both films feature the similar characters.

A Malayalam film remake. Many concur that it was one of the best Indian film sequels ever. The movie series centres on the protagonist’s struggle and his family, who become the subject of suspicion after the disappearance of the Inspector-General of Police’s son.

One of the most successful film franchises in the Kannada film industry.

Dr Vishnuvardhan played the protagonist in the first film. Despite the title, Kotigobba 2 is not a sequel to Kotigobba from 2001. Kotigobba 3 is a sequel to its previous film.

The film Jogayya is a sequel to Jogi, a blockbuster in 2005. The sequel failed to meet expectations as high as Everest.

P. Vasu directs horror films. Apthamitra is the series’ first film, and Aptharakshaka is its sequel. Both films were successful at the box office and received positive reviews from critics. The film revolves around a family that is haunted by a spirit. Manichithrathazhu, a 1993 Malayalam blockbuster, inspires Apthamitra.

The Duniya Suri cinematic universe is what we all love to see. Popcorn Monkey Tiger is linked to Kendasampige(2016) and the yet-to-be-made Kaage Bangara.