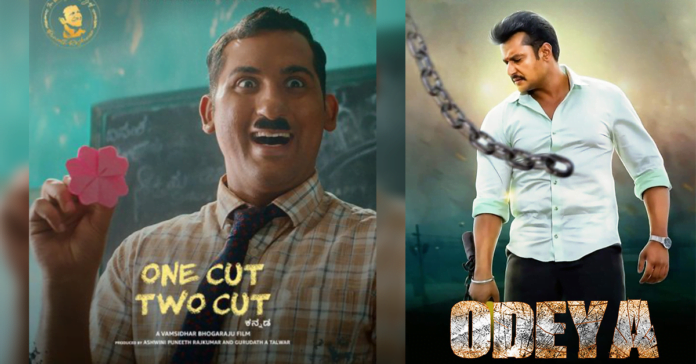 When it comes to film, the audience is king. If people don’t like the movie, they’re not going to watch it. Great content is applauded no matter what, but if you’re putting out mediocre content, no one will bother watching it. Regular movies with 3-4 fights, love songs, and item numbers with no story are torture. Isn’t it?

Despite the hype, some films have received poor reviews and gained a reputation as awful movies. Here is a list of Kannada movies with low ratings on IMDB by users to feed your curiosity.

The movie sticks to a simple routine story that will be predictable to audience. Same mass movie, unnecessary fight, punch dialogues and highlighting villain and his cruelty.

This film follows the same old revenge story template. It follows a similar plotline of Madhagaja.

This film got mixed reviews from the audience. The majority of the audience called out that the film was boring and senseless.

A rom-com film with golden star Ganesh in the lead failed to impress the audience.

This is a launchpad film of Abhishek Ambareesh with a familiar love story. People watched it for the young rebel star.

A cringe fest by director R Chandru. The movie fails miserably in reaching the expectations. The publicity stunt was more successful than the film itself. Unfortunately, the movie was based on Upendra’s previous cult films, Upendra & A. I Love You was nowhere near the film and was a complete disaster.

A beautiful story that attempts to bridge gaps among people but unfortunately fails to create its mark among the audience with the bad screenplay, direction and title.

An urban tale which failed to impress the urban audience.

A remake of the Tamil movie Veeram. The film was made only for Dboss fans.

A routine revenge drama as it revolves around the protagonist fighting against the real estate mafia in Bengaluru. The fans loved watching his hero on the big screen but criticized the director for messing up with the script.

A satire cringe comedy film in which Sunny leone’s item number was a massive hit. A mass masala movie which was made for a niche audience. Have you watched this movie?

Which is the worst Kannada movie that you have seen?

Stay tuned for more such articles!