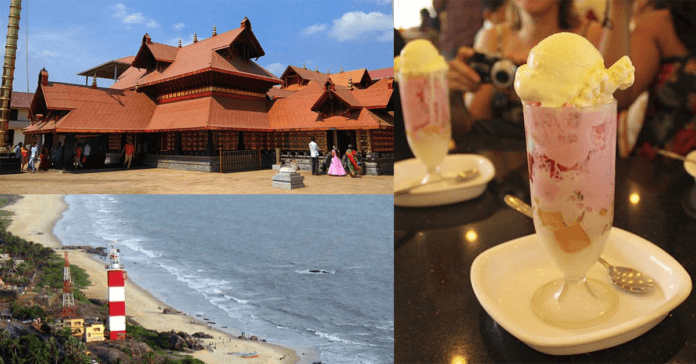 There are temples, beaches, churches, and excellent cuisine in Mangaluru, especially for seafood lovers. The Arabian Sea port and important commercial hub of Karnataka. Additionally, it serves as the administrative center for Dakshina Karnataka and welcomes visitors worldwide due to its charm. You’ll also find plenty of things to do in Mangalore during your visit.

Travelling to Mangaluru would be a great idea if you want to explore some of the best beaches or if you want to tour some of India’s most famous temples! The city also offers tourists numerous opportunities for adventure sports like trekking or rock climbing on its hillsides or canals running through them, which makes it even more attractive. Here is a list of things to do in Mangaluru.

20 Things To Do In Mangalore

Get a sense of divinity by visiting temples.

Narayana Guru sanctified it. It is devoted to Lord Shiva’s manifestation Gokarnanatha. Adhyaksha Hoige Koragappa Bazar constructed this temple in 1912. The Gopuram, a tower-like structure at the temple, is adorned with murals of many gods and goddesses. Hindu epics and stories are depicted in murals.

Built-in 1068, this temple dates back to ancient times. This centre is enchanted by the picturesque appeal of the Kadri hills, the presence of old caverns carved into laterite mounds, and the historical and spiritual significance of the Manjunatha temple. One of the temples that top the list of things to do in Mangalore.

From Mangaladevi, the presiding deity from whom the city gets its name, the temple is dedicated to Shakti.

Kateel, a Hindu temple town, is one of India’s holiest places. The city is located along the banks of the Nandini river. On an islet in the middle of the holy river Nandini, the temple stands amid breathtaking scenery and intriguing vegetation.

This temple in Dakshina Kannada District dates back to the 12th century, and its legend is recounted in the Skanda Purana. The deities of God Sharabeshwara and God Mahaganapathi are housed in the temple. The Tuluva King Veerabahu built it.

The temple is situated 18 kilometres from Mangaluru in Polali. Shri Rajarajeshwari is the temple’s main deity. King Suratha built the temple in the eighth century A.D. The holy Goddess Sri Lalita Tripurasundari, also known as Sri Rajarajeshwari, represents an idol made entirely of clay with specific therapeutic characteristics.

One of the must things to do in Mangalore is visit Beaches.

Spend time with your loved ones, take in the tranquillity, beauty, and experience fantastic beach vibes. It is one of the top things to do in Mangalore. Despite the high volume of visitors, the beach remains the cleanest one has ever seen.

Beautiful beach in the Karnataka coastal city. The beach is well known for its sunset views, given that it is situated on the west coast of the Arabian Sea. This beach is a beautiful spot to unwind.

Coconut trees, fishermen’s lanes, the ruined fort of Abbakka Devi, and 16th-century Jain temples make this a picturesque beach near Mangalore. A must-visit.

The beach is an unspoiled and hidden gem. It would be best if you undoubtedly remained behind to watch the sunset from Surathkal beach. Fishermen from nearby hamlets arrive in the mornings and launch their boats into the ocean.

Long, peaceful beach with a historical temple and many people walking, sunbathing, and watching the sunset. Since Lord Somanatha’s temple is present on the seashore and dates back centuries, the beach is popular as Someshwar Beach.

Mangrove trees surround a natural beach stretch famous for its high waves and annual surf competitions. The backwaters of the Pavanje and Shambhavi rivers are around the beach. One of the top things to do in Mangalore.

Hidden Gems/ Offbeat Things to do in Mangalore

Tops the list of offbeat things to do in Mangalore.

Mulki is a small drop of heaven, lying on the banks of the enormous Arabian Sea and the Shambhavi River. The village is a haven for wakeboarders, surfers, and kayakers.

One of the things to do in Mangalore along with children when exploring the city.

An interactive science museum. The science park houses three exhibition galleries, a temporary exhibition hall, an inflatable dome planetarium, a science demonstration area, an activity area, an air-conditioned auditorium, a 3D theatre facility, and other public amenities. Outside the Science Centre building, there is also a Science Park with a Dinosaur Park in the lovely green garden area. The most recent addition is a nano seam dome planetarium with an active 3D facility, a hybrid projection system, and an 18-meter diameter. This is the nation’s first of its kind.

The Bejai Museum is one of many offbeat things to do in Mangalore city.

The unique Bootharathane idol, Muga (Mask), utensils, weapons, and armour of Tulunadu, as well as reproductions of the Harappa and Mohenjo Daro civilizations, porcelain items, musical instruments, and other antiques for those who love to explore the rich heritage of India.

Famous ice cream shops offer a large selection of sundaes and snacks in a lively café ambiance. And must stop if you’re in Mangaluru. All of the flavours are delicious and distinctive. Once you’ve tried it here, you won’t want ice cream from anywhere else.

One of Mangaluru’s largest parks and a favourite among visitors to the city. There are a lot of animals to see, as well as flora and fauna.

Visit St. Aloysius Chapel to see a superb example of European-style architecture and renowned works of art. A church was built in 1878 as part of the college in the center of Mangalore.