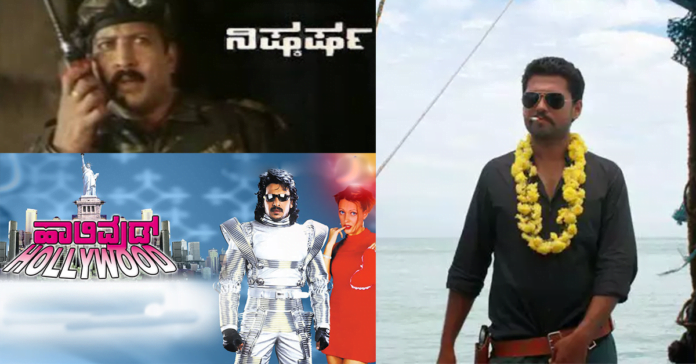 The industry has produced the best movies in the past, which have been a massive success and received critical acclaim with the recent trend of South Indian film, especially Telugu and Kannada language movies dominating in the north. Recently KGF Chapter 2 won audiences worldwide and tops the list of highest grosser in Indian cinema. So here we are, with a few Kannada movies that deserve a pan India release.

The movie industry is all about glitz and glamour. But, the truth is that there is a whole lot more to the industry than meets the eye. This film deals with the casting couch and how politics and the movie industry go hand in hand—a cult movie which would appeal to a broader audience.

An enlightening movie for sure. The film explores three human emotions through the relationship between the main character and the three heroines.

A whole new approach to filmmaking. A perfect movie for a pan India release. The film revolves around the Bombay underworld and its connections with the small fishing town on the Arabian coast.

The first movie from the KGF director Prashanth Neel. The story is about how the protagonist gets into the crime syndicate. Those elevation and action scenes make it worthy of a pan India release.

The story begins with a narration of a nexus that unites politicians, police officers, businessmen, and gangsters. Isn’t it a perfect plot for a pan India release?

The film broke the lifetime records of previous Kannada films in the United States and became the highest grosser. It would be an edge of the seat blockbuster if it were a pan India release.

A heist thriller. The story revolves around a bank robbery that terrorists attempt but then become trapped with the hostages. It also explores the many attempts by the police commissioner and the anti-terrorist squad to free the hostages and take down the terrorists.

The storytelling format, visuals, and the style differentiating between the real world and dream are of international standards. Lucia is the first crowdfunded Kannada movie. Surely it deserved a wider audience.

Eight years before the Rajinikanth – Shankar combo, Enthiran – the Kannada audience witnessed the movie with a similar plot in 2002. The film was written and directed by Upendra. Worth a pan India release.

We all watched larger than life mythological films and thoroughly enjoyed them on big screens. One such movie is Dr Rajkumar Bhakta Prahlada would be the perfect film for a pan India release back then.

In addition to this, Dr Rajkumar’s many mythological films are worth showcasing to a larger audience.

One of those incredible films that Upendra directed was called Swastik. It was released back in 1998. The star cast for the film was excellent. The actors Srinath and Raghavendra Rajkumar were well-known, but the audience couldn’t connect to the plot

Follow us on Facebook @SUPERRlife for more such articles. Do let us know which are the other Kannada movies deserve a pan India release.