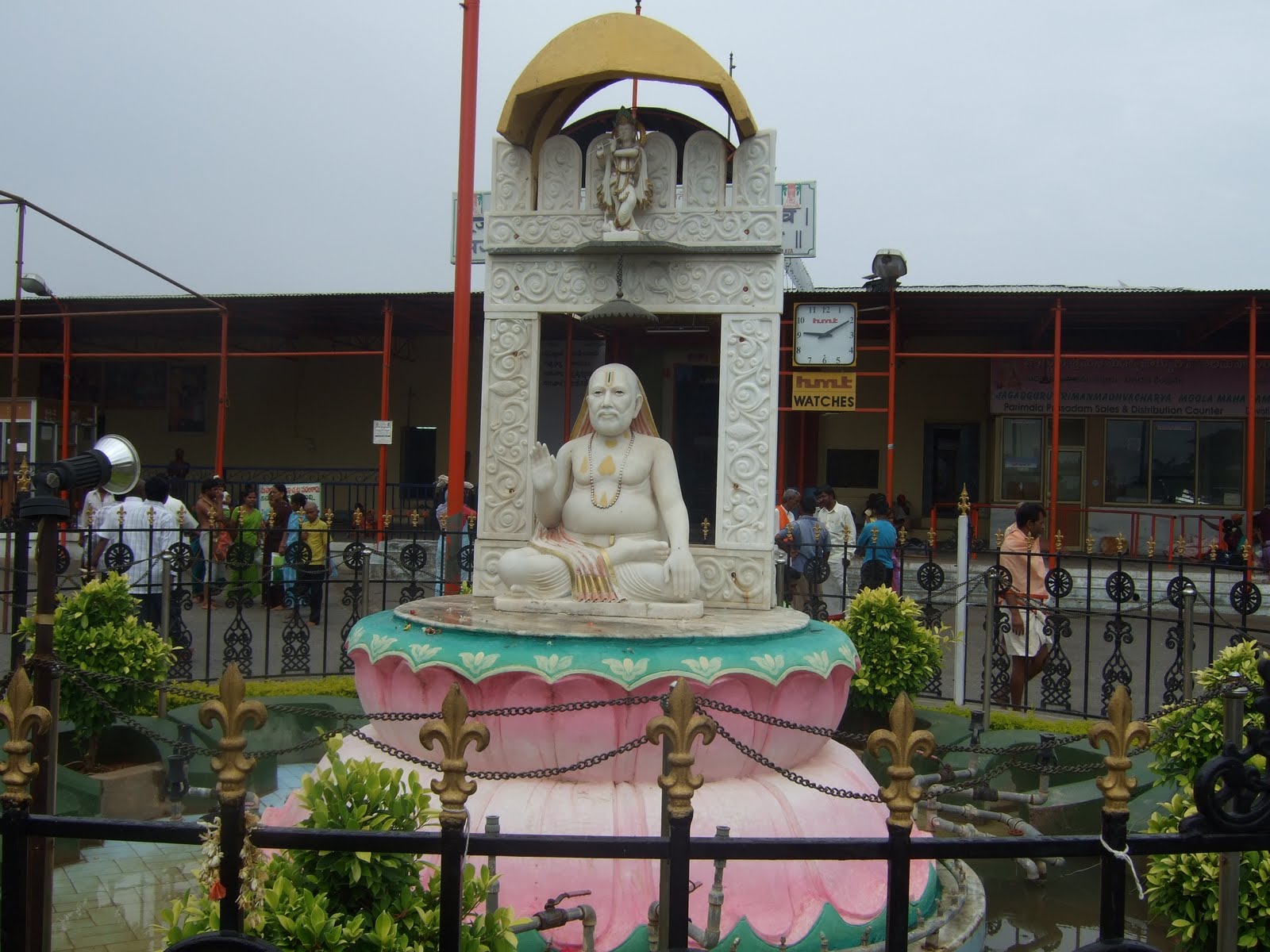 At a distance of 400 km from Bangalore, 40 km from Raichur and 75 km from Kurnool, Mantralayam is a pilgrimage located in Kurnool district, Andhra Pradesh, India. It lies on the banks of the river Tungabhadra on the border with the neighbouring state Karnataka.

6 Interesting facts about Mantralayam that one must know

The Grama Devata of Mantralayam is Goddess Manchalamma

Before the arrival of Sri Guru Raghavendra Swamy, the village was known by the name Manchali or Manchalaya because of the grama devata or the presiding deity of the village Goddess Manchalamma.

There are three chariots in the temple, one plated in gold, the other in silver, and the third in sandalwood. A new chariot is being made of Navaratha Stones (9 Precious Stones) which will be used for special occasions.

The idol of the saint is carried around the temple every day.

Thomas Munro was the Collector of Bellary in 1800, the Madras Government ordered him to procure the entire income from the Raghavendra Swamy Matha and Mantralaya village. He was told that Sri Guru Raghavendra Swamy had been in Samadhi for nearly 130 years.

He visited the Math for investigation, removed his hat and shoes and entered the sacred precincts. Sri Guru Raghavendra Swamy emerged from the Vrindavan and conversed with him for some time, about the resumption of an endowment. The Saint was visible and audible only to Munro, who received Manthraksha (God’s blessing).

The Collector went back and wrote an order in favor of the Math and the village. This notification was published in the Madras Government Gazette in Chapter XI, page 213, with the caption “Manchali Adoni Taluka”. This order is still preserved in Fort St. George and Mantralayam.

Rayaru was a devotee of Rama and Sri Pachamukha Anjaneya ( the five-faced form of Hanuman).

The Miracles during the rule of Nawab of Adoni

Mantralayam was under the rule of Nawab of Adoni. The Nawab decided to test the power of Rayaru, brought a plate of meat covered with a white cloth and was offered to Rayaru. Rayaru sprinkled some water and when the cloth was removed, the meat had turned into fresh fruits.

The Nawab fell at the Guru’s feet begging for pardon, and he requested the Swami to ask for any favor or gift that he wished. Guru Rayaru asked for the village of Manchala, which later came to be known as Manthralaya.

Here is a famous Shloka of Rayaru to end this article.

Recommended: 6 INTERESTING FACTS ABOUT NAMMA RAICHUR THAT MANY OF US DON’T KNOW

Mandaragiri Hills, A Hidden Gem. This Place is Absolutely Picturesque