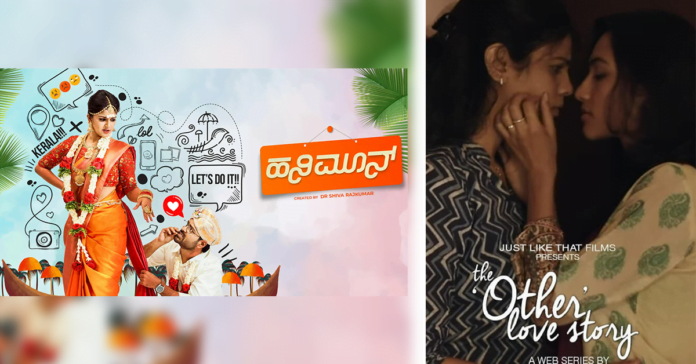 The rise of OTT platforms has seen a surge in web series; platforms like Netflix and Amazon Prime Video, Zee 5 and Hotstar are popular not just because they offer high-quality content but also because they allow users to watch their favourite shows and movies anywhere at any time. Binge-watching the favourite shows on these platforms is a mainstream plan now. But, on the other hand, the Kannada web series are fewer than the other languages.

So, here are nine Kannada Web Series available on YouTube and other OTT platforms that you should consider watching.

You can thank us later! If you enjoy these shows.

In the web series Praveen, the main character is an unassertive man who marries Tejaswini, an outspoken woman, in an arranged marriage. When the newlywed couple visits Kerala for their honeymoon, the trip takes an unexpected turn.

Watch it! Streaming on Voot.

Tube Light is a comedy web series directed by Sangamesh Sonji. Bhumika Murthy, Bhuvana NM and Shailu Rao play the lead roles in the show. It is streaming on YouTube.

Ellinda Barthiro Neevella is a comedy web series about four friends and their misunderstanding between them due to a girl. Watch it on YouTube.

Bigg Boss fame and the winner of BB season 8 play this show’s lead. A comedy web series with many notable actors from the TV. Watch it on YouTube.

6. The Other Love story

If you’re looking for something truly out of the box, try this Kannada-English series. It’s about a budding romance between two women trying to find themselves in this crowded, overwhelming world. The show does not sensationalize its concept and is rather subtle. Stream it on YouTube.

This web series is about a journey down memory lane. The episodes are relatable and make us go back to the good old memorable days. A good watch! If you love season 1, you’ll get to watch season 2. You can binge-watch it on YouTube.

The list has most of the web series streaming on YouTube. Audiences love these series because of their funny and simple storylines. Will you watch these?