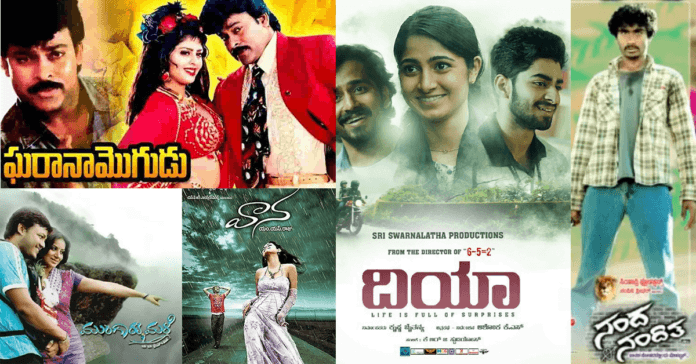 It is well known that directors and producers of the Kannada film industry choose hit films from other film industries, replicate them scene-by-scene, and state them as “adapted to our nativity” to the viewers. Guess what it is same in other industry also!

How well did the movie makers adapt to the nativity?

It is a fact that we Kannada audiences were completely unaware of Telugu, Tamil, and Hindi remakes of Kannada movies. Unlike now, dubbing was unpopular back then, so the makers made their job easy by picking up hit movies from different industries.

In this context, let’s see some popular Kannada movies remade into Telugu.

Remakes were common back then, but they are not the same anymore. With the rise of the pan-India trend, remakes will surely disappear.

It tells the tale of a death row inmate who escapes from jail and unintentionally travels with a ex police officer who is sappouse to train the new staff about the execution process. The Telugu version was produced by Rockline Venkatesh in 2018. Additionally, the marathi version is under progress.

As a result of the movie’s critical and commercial success, it was the very first Kannada movie to have a 365-day direct run. Dr. Rajkumar made his sole non-Kannada film appearance in the Telugu remake of the movie Kalahasti Mahatyam.

The film is based on the life of Gora Kumbhar, a Teredoki village potter who became a saint in the 13th and 14th centuries. In 1977, the film had a Telugu remake.

The Telugu remake was out with the title Dear Megha in 2021.

With a roughly 50-week theatrical run, the movie was a super success. Later, it was remade into seven languages, Telugu being one among them.

The remake is all set to release in Telugu shortly.

Both audiences and critics gave the movie overwhelmingly positive reviews, and it quickly became the talk of the town. The Telugu version of the film was out in 2018.

The Kannada movie was a hit and ran in theaters for 200 days. The same filmmaker, Puri Jaganath, made a Telugu version of it.

Directed by the Kantara fame, Rishab Shetty. One of the highest-grossing Kannada films ever, it ran for 250 days in more than 15 theaters and 365 days in multiplexes. A famous production made a Telugu version of it.

In 2012, the movie was remade as a bilingual production in Tamil and Telugu with the title Nanda Nanditha.

The Telugu version of Jogi had Prabhas in the lead.

Mungaru Male is a synonym for the word records. In addition to having one of the largest box office collections in Kannada cinema, it holds the record for the longest-running movie at a multiplex. The movie was screened at the PVR multiplex for 460 days – record breaking. It also has a history of running in PVR for the longest period in Indian cinema. The Telugu version was out with the title Vaana.

Remade in Telugu with the same name.

It is a remake 2016 Kannada film. The same director, Pavan Kumar simultaneously shot it in Telugu and Tamil staring Samantha.

This Telugu remake was released with the same title.

The film had a 25-week theatrical run. Later Hindi and Telugu version was made.