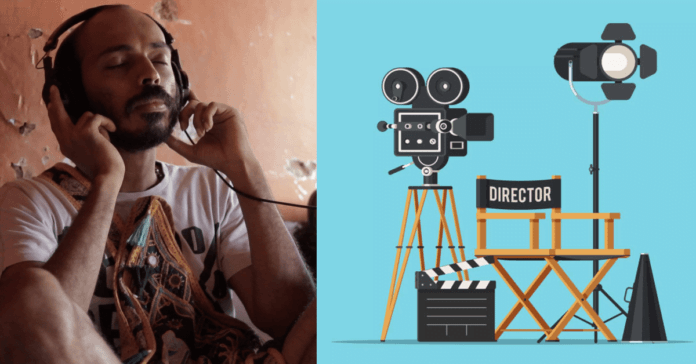 A star is born on every friday!

Many performers have done it, and many have received praise from critics. However, only a select handful are successful in building cult fan bases for themselves. Here is a list of those who have acted and directed simultaneously.

Kashinath has had a career spanning over three decades and has worked in over 40 films, focusing on comedy. He is credited with introducing new talent to the Kannada film industry, including actors Upendra, V. Manohar, and Sunil Kumar Desai.

Kashinath made his directorial debut with the comedy-drama Aparoopada Athithigalu (1976), but it wasn’t until the suspense thriller Aparichita that he skyrocketed to fame (1978). He made his acting debut and also directed the popular movie Anubhava (1984). His films frequently dealt with taboo issues in Indian society, and as a result, some critics labeled them vulgar. Most people identify Kashinath with the term “double meaning” because of how well-known he was for the dialogue in his flicks.

He also made his directorial debut with Minchina Ota, one of the early heist films in Kannada cinema, and is well known as “Karate King.” He received seven state honors for this, including one for best film. Geetha and Janma Janmada Anubandha were the next. After that, there was no turning back.

His successful films under his direction and also being the lead include Accident, which received numerous regional and national honors, Ondu Muttina Kathe (partially based on John Steinbeck’s classic The Pearl), and Nodi Swamy Navirodu Hige.

With actor and director Kashinath, he began his film career as a writer and assistant director. Tharle Nan Maga was his debut film under his direction (1992). Midway through the 1990s, Upendra directed OM. ‘A’ movie marking his acting debut. A Bollywood actress Raveena Tandon starred in his next film, Upendra. Later Upendra directed and starred simultaneously in super and uppi 2. People adore and wait for his hero as well as directorial movies.

Before directing and starring in the 2014 crime drama Ulidavaru Kandanthe, Simple Agi Ondh Love Story was a career turning point for him. The movie received many positive reviews and earned him the South Filmfare Award for Best Director and the Karnataka State Film Award for Best Director’s First Time. The movie has a cult following among Kannada viewers. All his fans are waiting for Richard Antony, a sequel/prequel to Ulidavaru Kandanthe. The urban audience is in love with his direction and acting talent.

Ricky, his maiden film as a filmmaker starring Rakshit Shetty, was released and had a mediocre box office performance. He also directed Kirik Party that same year, which was a commercial success. Sarkari Hi. Pra. Shaale, the film that Rishab Shetty went on to direct and which won the National Film Award for Best Children’s Film, garnered positive reviews from both audiences and critics.

He made his acting debut in the well-received Kannada movie Bell Bottom (2019). After Bell Bottom, Rishab Shetty’s most notable performance was as Garuda Gamana Vrishabha Vahana, as a gangster. The 2021 release of Garuda Gamana Vrishabha Vahana was a commercial and critical triumph, and both audiences and critics praised Rishab Shetty and Raj B. Shetty’s acting.

In addition to this, everyone knows the rage of Kantara.

His fans call him Crazy Star, The Showman of Kannada cinema. In the beginning, Ravichandran appeared in and directed films under his banner. The list includes Prema Loka, Ranadheera, Kindarajogi, and others. The most expensive movie ever produced in the Kannada industry was Shanti Kranti (1991). Rajinikanth and Nagarjuna played key parts in the film’s Tamil and Telugu versions. In the 1990s, popular blockbusters included Putnanja (1995), Halli Meshtru (1992), and Ramachari (1991).

He is a popular musician, comedian, and director. Besides being a legendary comedian in Kannada cinema, he has also directed two blockbusters for the Kannada industry.

As director and actor, he appeared in Ondu Motteya Kathe and Garuda Gamana Vrishabha Vahana. He has gained fans across the country with these two films. Stay tuned to experience his art on big screen.