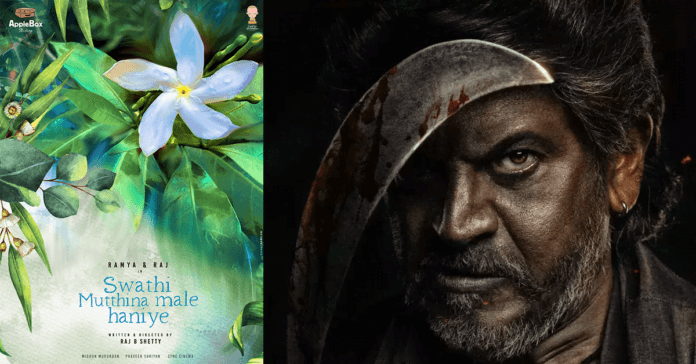 Kannada cinema is hot right now. The last few years have seen several blockbuster movies released in Karnataka, and the hype is only getting stronger. Here Are The Upcoming Kannada Movies That Have Created Buzz Among The Audience Through The Trailers And Teasers.

These are the movies to watch out for and are a must-watch in theatres. There are plenty of movies to come. After the craze of KGF doing exceptionally well at the Indian Box office, you can expect more pan-India movies from Sandalwood. The films listed down here will release in 2022 and 2023.

So what are you waiting for? Excited right!

1. Kranti – One of the Most Awaited Upcoming Kannada Movies

This movie has already created buzz due to the massive on ground promotion done by Dboss fans. Producers of the film are B Suresha and Shylaja Nag of Media House Studio. V. Harikrishna is directing it, is all set to release in January.

This Upcoming Kannada movie is a sequel and prequel to the cult Ulidavaru Kandante. Rakshit Shetty is the director of the thriller film Richard Anthony – Lord Of The Sea. Rakshit Shetty plays the primary lead in the movie. Karm Chawla is the cinematographer, and B Ajaneesh Loknath is the music director. Vijay Kiragandur, under the Hombale Films, produces the film.

Following GGVV, Raj B. Shetty’s next directorial.  Produced by @applebox.studios in collaboration with @lighterbudhhafilms is Swati Muttina Male Haniye. With this film, actress Ramya launches her production studio. The shooting is already over. The movie, according to netizens, was only made in 35 days.

One of the most anticipated upcoming Kannada movies is an adult comedy entertainer.

Jaggesh plays the lead character in Santhosh Ananddram’s Kannada drama film Raghavendra Stores, which was written and directed by him. The plot revolves around the journey of a cook and his shop, Raghavendra stores.

6. UI – One of the Most Awaited Upcoming Kannada Movies That KGF Fans are Looking Forward

It will be interesting to see how Upendra surprises the audience. To see Upendra’s magic on screen after 7 years, we must wait and see what all surprises he has in store for us. The movie will be out in 5 languages.

An upcoming Kannada movie which makes it to the list of those few crime thriller movies made in Sandalwood.

The 125th movie by the iconic Shivaraj Kumar. Vedha tells a heartbreaking narrative that has never been recounted and takes place in the 1960s. On December 23, 2022, the movie will be released in Kannada along with dubbed versions in Telugu and Tamil.

The super hit combo joined hands again after a successful hit GBSM. Hemant Rao directs the film while Raskhith Shetty and Rukmini Vasanth are the lead pairs. SSY is an intense love drama which is expected to release this year.

Sreelesh S. Nair is the director of the action-thriller film Pepe. Vinay Rajkumar is in the lead role. The teaser interested Kannada audiences in seeing Vinay in an intense avatar. Uday Shankar S and Nijaguna Guruswamy are the film’s producers.

The action-entertainment film Hoysala is helmed by Vijay N. Dhananjay plays the lead as a cop in the film. While Karthik Gowda and Yogi G Raj make the movie under the KRG Studios banner, Thaman S composes the music. The movie team is planning to release it on Nov 1, on the occasion of Kannada Rajyotsava.

Abhishek Ambareesh is playing a cop in this movie which is evident in the teaser. Suka Suri’s much-awaited film after Popcorn Monkey Tiger.

Finally, which movie are you waiting for? Please let us know in the comments.